Papa is sitting with his legs fully crossed, reclined and leaning sideways with that secure mobster grin that he’s cultivated from a lifetime of union politics and days spent in small casinos.  Frank Marino’s sly smile says that he has everyone’s number, that he cares for us all, and that he is seconds away from the kind of tactless joke that one earns the right to tell through old-age and life with an Italian family.  It’s sunny and the welcome breeze is rustling a variety of wind chimes on Mom’s back porch overlooking San Diego.  Today I interrupt before Papa capitalizes on the opportunity for someone to pull his finger.  I don’t cut off his antics because I want to avoid the innocent “ouch” he utters instead of producing roiling flatulence, but because to me he is very old and has had many opportunities in his lifetime.  This is just occurring to me.

I have been superficially researching animal oddities.  I am collecting this information for the noble purpose of parading my understanding of their strange secrets before a cadre of peers in my particular subculture.  It is its own sexually selective advantage in this tribe of gangly black-clad teenagers to appear full of obscure dark knowledge.  Instead of learning how to say “hi” to a girl, I am compiling facts about what scorpions fear, the deadly bacteria in Komodo dragon saliva, or that shark-skin may be used for weapon handles to maintain a grip when drenched in the blood of one’s enemy.  After learning that I needed to diversify the diet of my captive praying mantises beyond eating their siblings in order to raise them right, I remembered seeing photos of an animal I had no name for.  These were still the dark days before a useful Internet (BI).  With only the memory of a photo, I dug up information from a local building where they house hobos during the day and let you rent books.  Eventually, I found a name with a few sentences of description.  It was enough to ask my grandfather.

Papa and I at the time.

At 13 years old, I would ride the 6 miles to Papa’s house on my bicycle as often as I could after my grandmother Nana B had passed away.  He and I spent a lot of time in each other’s company, often doing nothing in particular.  I moved away from home at 16, and later lived with Papa for a short while when I ran out of money at one point.  He has confided in me in ways that I have never heard him converse in public, when I would ask him blunt and naïve general questions about his life.  Blissfully ignorant, I would hope for gems of wisdom in return when I would ask things like, “Did you ever think you would have this big beautiful family?”  With something like a startled chuckle-sigh, his replies were always grateful and reflected none of the guile and willpower that shows in younger photos of him.  Without Nana B, he is vulnerable and he is soft with me.  I think we probably spent so much time together in order to endorse our own character oddities as much as we did to abate each other’s loneliness.  We both missed Nana B.  As the friendliest old person I know, surely Papa remembers the details of anything I currently find important.

His attention phases from whatever antics he is calculating for the other family members who are mingling about.

“Yeess, Christopher?” The words of his response are drawn out in his customary good humor.

“Do you ever remember seeing an animal that kinda looks like a coyote with stripes across its butt?”

“Stripes. …across its butt.  On its haunches, it has what look like a few tiger stripes, but it isn’t a cat.  It looks more like a coyote or a wolf with short hair.  Really wide mouth?”

He looks like he has a vague image in his mind.  “What’s it called?”

“A Tasmanian tiger.  Or a thylacine.”

My instructor tone of voice begins to fill in.  I know something that he doesn’t.  At my age and with my misguided social practices, I normally savor possessing more information than the folks around me.  Despite all the pompous attention this usually earns me, I feel stirrings of vague longing this time.  It is uncomfortable that Papa can’t recount an animal of such unique description.

“Maybeee, Christopher.  I don’t remember.  I think I might have heard of them.” He shrugs his hands, palms-up in a relenting little gesture and half-hearted reply. He is ignorant of the anxiety beginning to wrench my guts.

“Could beee, Christopher, could be”, he dismisses.

He never saw one.  Though I can’t explain why, I am angry.

A memory of a photo prompted my research into an animal I would never see with my own eyes.  The last known thylacine died in captivity at the Beaumaris Zoo in Tasmania on September 7, 1936.  I do the math.  Papa would have been around 10 years old when the Tasmanian tiger blinked out of existence.  Here I am talking with a person who I love and respect, who had a chance within his lifetime to see this spectacular animal before it was gone from the world.  The smells of hot eucalyptus and musty exotic livestock come to mind amidst memories of chasing garish peacocks.  At 10 years old, I had scrutinized every exotic animal at the San Diego Zoo.  Repeatedly, I had ducked out of the scorching Southern California sun to strain my sight in order to swiftly glimpse the kiwi in a darkened nocturnal exhibit.  I made damn sure I saw it, even once.  I needed to commit it to memory so I could connect with that awkward little member of the same mortal world.  I sneaked a touch of the elephants when I could reach through the fence, I waited bored-stiff in the evening to see their less remarkable cousin the hyrax, and I leaned into the glass with a roller-coaster stomach at standing centimeters from the Gaboon viper in the reptile house.  I need my own mental record of them all.  Somehow seeing them in person validates our existence together.   A photograph feels cheap, like someone is trying to convince me that those animals were just pretending at life.

Poor Papa.  He didn’t even know the opportunity that he had been denied.

Like most islands, Tasmania’s conditions conspired and converged to create a few basic body forms from the animal stock it started with.  Papa never saw this creature’s remarkably long jaw that could gape an astounding 120 degrees, or its stiff tail with disruptive stripes across its rump.  The thylacine, or Tasmanian tiger was a marsupial.  Like a kangaroo and our opossum, the young were raised in pouches.  Unlike other marsupials, the male thylacine had a pouch as well.  They were a carnivorous predator with short fur, and a stout dog-like body, who filled roughly the same ecological niche as the North American coyote.  European settlers to the region proved to be powerful competition for habitat and resources.  Bounties for shooting a thylacine in the wild were awarded because of a perceived threat to sheep flocks.  Later scientific examinations of the thylacine skull suggest that they were unlikely able to take sheep as prey.  The last known specimen died in a zoo of neglectful exposure to extreme elements.  When this happened, Papa was the age by which I had cataloged a whole zoo in my personal vision out of a need to acknowledge that I shared the same world with those animals.  Short film recordings, pelts, and preserved specimens are our only remaining connections to a species that Papa missed seeing by only half a world of travel.  The lonely existence of this animal that was the last known individual of its kind, makes the planet seem so small.  Why wouldn’t people make every effort to go and see it with their own eyes?

Thylacines had a wide gape.

£1 bounties were paid for each carcass

I watch Papa’s interest in our exchange flicker away.  I am reminded of decisions I have not yet made, and loss I have not yet suffered.  I see Papa’s lack of apparent interest in more than a passing discussion with his grandson, and shudder that he doesn’t see what he himself was robbed of.  I think of all of the rare animals in the world that I have meticulously laid eyes on, and that they too may be gone in my lifetime.  I think of the future last members of a species.  I think of what part I may play in their end, and of casual conversations in which they will not be remembered.  I feel mortality in my belly, and I am terrified.

Years after the Internet (AI) has provided easy access to information for spontaneous debate topics, one can readily find photos and accounts of our planet’s inhabitants who have ceased to be.  Though it is a poor scientific reference, the Wikipedia listing for the thylacine symbolizes the reduction of their numbers by a black dot with the letters “EX”, summarizing that they are extinct.   The International Union for the Conservation of Nature (IUCN) provides an easy to understand conservation status scale for articles about organisms on earth.  Today’s meager follow-up online divulges much more information than asking my grandfather.  Somehow I feel a desperate missed connection that Papa could have cataloged this animal in his own senses before the number of thylacines in the world dropped below one, earning their black dot on the Internet.  The black dot…  What a smug summary from a lifeless entity that has not existed as long as I have been alive. 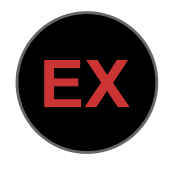 Papa is asking my brother Damien to pull his finger.  This time he lets loose a curt colon-full of stale air, surprising us all.  Belying his typical composed class, it’s a wordless remark that drags my mind back to the moment.  My eyes focus again, and I am with my family, observing Papa.  He remains crossed-legged in his chair the way he always does.  He is watching the family quip and chat.  He gives me his practiced wink.  He makes us giggle with predictable goofy jokes whose punch lines we wait for anyway.  Through that friendly smirk, he surveys us all.

With something like a startled chuckle-sigh, he takes each of us in.

Put this on someone else:

1 thought on “Black Dots: The Half-tiger”